Enjoy the first 50 Pages of The Love of Money

The Love of Money is the story of three young Dutchmen: Jan De Kuyper, a rapist and murderer, Marc Storm, his victim's brother, and Tomas Van Orden, a pirate hunter, and is set in the C17th during the Golden Age of Discovery. The backdrop to this Age was warring European nations, religious and social repression, slavery, piracy and poverty.

Although the novel opens in Amsterdam in 1643, the action moves to New Amsterdam (later New York), a Dutch colonial outpost on Manhattan Island. Storms sets up a trading agency at the behest of a dying old man, De Kuyper forcibly marries a tobacco plantation heiress and Van Orden is hired by the Dutch West India Company to pursue and capture marauding pirates who regularly plunder the Company's ships on their journeys in and out of the New World. This fits in neatly with Van Orden's own personal mission to track down a pirate who betrayed his father. De Kuyper is envious of Storm's remarkable good fortune in trading, marriage and wealth. His burning resentment of Storm's success leads to violence, tragedy and ultimately, to his own undoing.

When events conspire to bring this truth to light, a final confrontation between Storm and De Kuyper ensues, with justice prevailing. This is not the end. De Kuyper's sister seeks revenge....

He emerged into a clearing and saw the maid straddling a fallen tree trunk, skirts above her knees, her hands clasping her breasts. His only sexual experiences had been with city whores, flashes of female flesh blurred by alcohol, vague vignettes of weighty breasts, painted faces and failed erections.

Confronting this sight in chilly daylight and sober was both intimidating andexhilarating. He found it difficult now, on reflection, to pinpoint the exact point at which he lost physical and mental control of himself. Her pretty talk, as he caressed her neck, turned to ear-splitting shrieks of objection as he placed a hand over one breast and squeezed hard. Her cries ignited a fuse in him and he felled her to the ground slapping a hand across her mouth to silence her. She fought him as he ripped apart her fragile bodice and exposed her childish breasts. She kicked out with her legs as his hand found the unexpected softness between her legs. He felt the heat of her fiery punches to his cheek and jaw as he ripped through her maidenhead and rode his hot spasms of orgasm. His final, physical relief came in the violent struggle to break her neck. An exquisite climax.

Hiding her body was done in a haze of heated after glow, the uppermost thought in his head was the craving for more.

Back at the bishop’s residence and settled into padded chairs with blankets about their shoulders and a hot nightcap in hands Marc, Piet and Bishop Corlies finished their discussion of the night’s events. Marc noted that the bishop had steepled his fingers before his nose, a particular idiosyncrasy of his before asking a question.

“Marc, Piet, do either of you feel inclined to report this incident to the sheriff, bearing in mind that a crime has been committed in the church’s grounds and that you two were the victims?”

The two apprentices glanced at each other. Piet shrugged and looked confused, while Marc was taken aback by the idea.

“Tell the sheriff? No, no, Bishop, that would be wrong,” he said. He slapped his palms down on the chairs arms making Piet jump a little.

“You feel strongly about this then, young Marc?” asked the bishop.

“I do!” said Marc. He had leaned forward in his chair with his hands still on its arms and chin thrust forward. He couldn’t allow anything like that to happen to someone who was really only a victim, could he?

Piet broke his silence. “Why, Marc? He could have hurt us badly.”

“I know Piet, and that would have been terrible, but what good would it do the de Grood family to lose Adriaen to prison or worse? It would add untold hardship to an already suffering mother. Look, Adriaen was only trying to help his mamma, not steal for himself.” He was adamant that his opinion was fair and was relieved to see Piet nod his agreement. He looked to the bishop. “Surely that’s what matters most, isn’t it, sir?”

He waited as the bishop considered his question. “Sometimes we must use our own judgment. There will be many times in your life, Marc, when you will have to balance right, wrong, compassion and justice. It’s not necessarily as straightforward as you might think, but, in this instance, your judgment is sound and I agree with you.”

All in all, mused Van Orden, this past year had been a success. Three nests of marauding buccaneers had been routed, their
stolen cargoes and ships returned to their rightful owners and the villains responsible brought to justice. Now he could add a fourth to that list.

The rugged coastlines of Florida, Dominica and Venezuela provided a combination of deep bays and easy access to lucrative trade routes and were perfect for piratical forays. Van Orden’s small network of spies had given him impeccable information on the location of the four gangs: planning and timing had seen an end to their raids.

Sadly, none of these had been what Van Orden was searching for.

To buy the full book now click the cover below 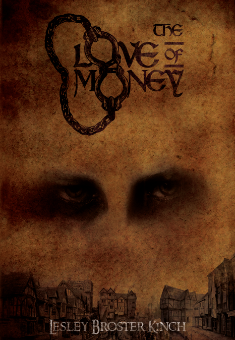